Solar Panels and How They Work

Want to learn more about your solar opportunity?

In recent times, the world has beginning to observe and take notice of the harmful effects of using fossil fuels. They harm not only our environment but also our economy in a very adverse manner. Fossil fuels are things such as oil, coal, and gas. Together they satisfy about 95% of the entire world’s energy requirements, and 66% of the electrical power consumed all over the world. 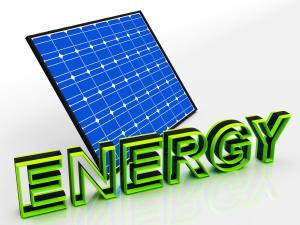 Being aware of the harmful effects of using fossil fuels, as well as its rising costs, society has begun to slowly but surely make a gradual shift towards alternative sources of energy. One of these alternative sources is solar energy, but just how exactly do we harvest this source of power? Though solar panels.

What is a Solar Panel?

A solar panel is a set of photovoltaic (PV) modules that are connected electrically and supported by a mounting structure. A photovoltaic module is an assembly of packaged and connected solar cells. The solar panel produces electricity from the thermal energy generated by the sun.

How Does A Solar Panel Work? 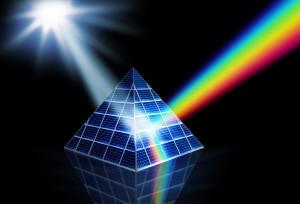 It is essential to note the qualities of sunlight that enable it to convert directly into electricity. There are several particles of energy in the sunlight. One of these particles is known as the photon. When the photon comes in contact with the solar panel, a few electrons get knocked off their orbits. This results in the creation of an electric field inside the solar cells luring free electrons to a current. The silicon and boron mixture is fused, generating electricity in the process.

The parts of a solar module can be recycled. These recyclable complements include semiconductors and metals, both ferrous and non-ferrous. Many companies take back the solar panels and recycle them.

The more solar cells there are, the more electricity they will be able to generate. A solar panel performs best when placed directly under the sunlight. If the panels are placed further away from buildings, trees, and other barriers, they will perform much better. A shadow on the panel hinders its performance.

Another method of getting the best out of a solar panel is to place it on a mounted rotating structure that follows the direction of the sunlight throughout the day. If the solar panel is mounted on a rotating stand, it will be able to generate maximum electricity.

There are several ways in which a solar panel can be adjusted for generating continuous and maximum energy:

Solar trackers are able to sense the direction of the sunlight and tilt in the same direction in order to obtain maximum exposure from the sun.

The ground-mounted solar panel is held in its place with the help of frames and racks attached to the ground.  The ground-based mounting support includes poles (driven into the ground and held with concrete) and foundations.

The average price of solar panels depends on the size of the module and the amount of electricity it can produce. The price reduces systematically over an extended period of time.